This is Sage with his friend Howard Carter at the John Brown Monument at the Akron Zoo. The Summit County HIstorical Society was giving a talk on Abolitionist John Brown this weekend.

Howard is an historian, a civil war reenactor where he is Private Howard Carter of the Army of the James X Corp 3rd. Division 5th Regiment United States Colored Infantry Co. “G:” He knows more about Grace Park in Akron than anyone alive. He is educated, smart, interesting, hard working. 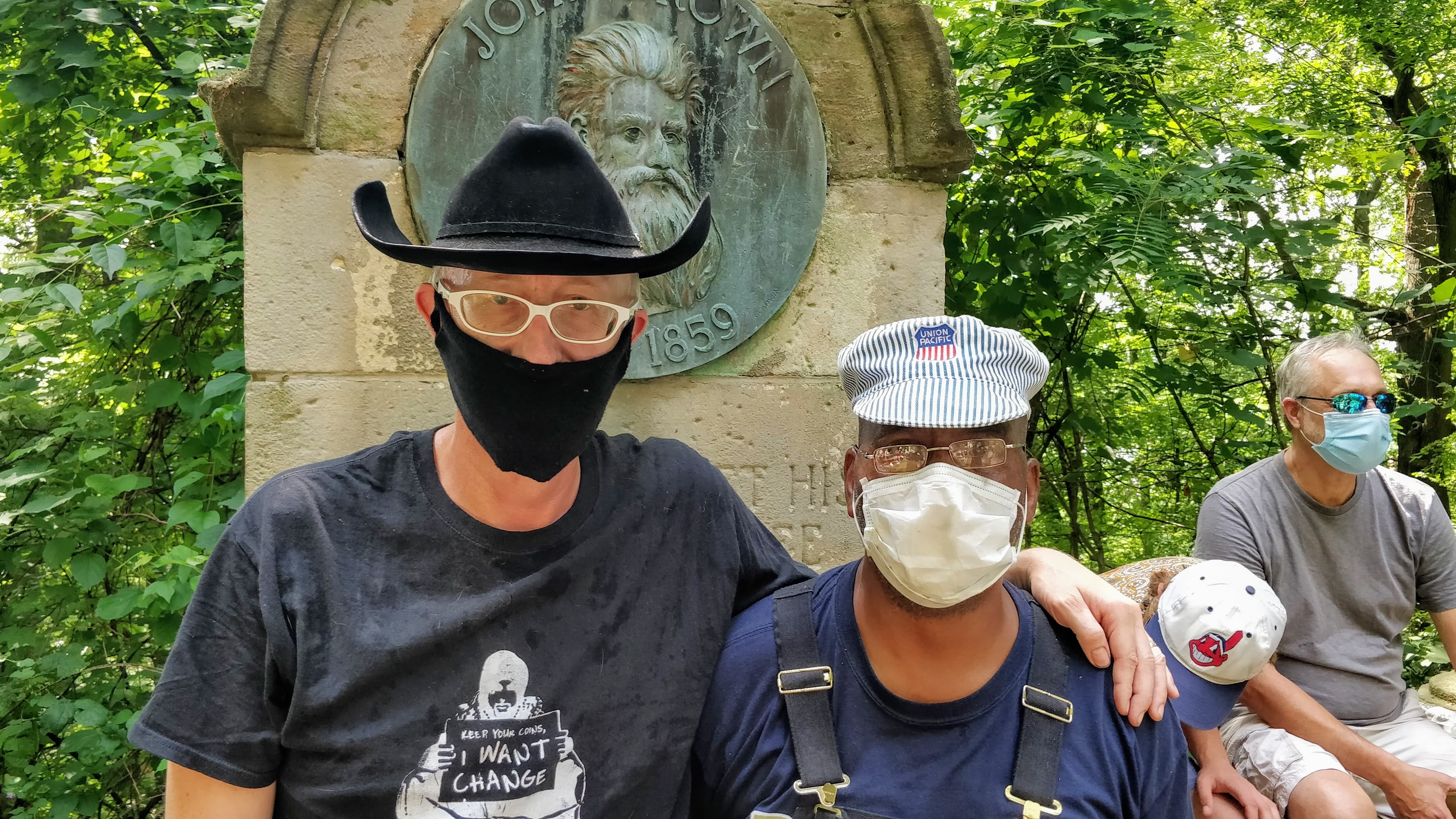