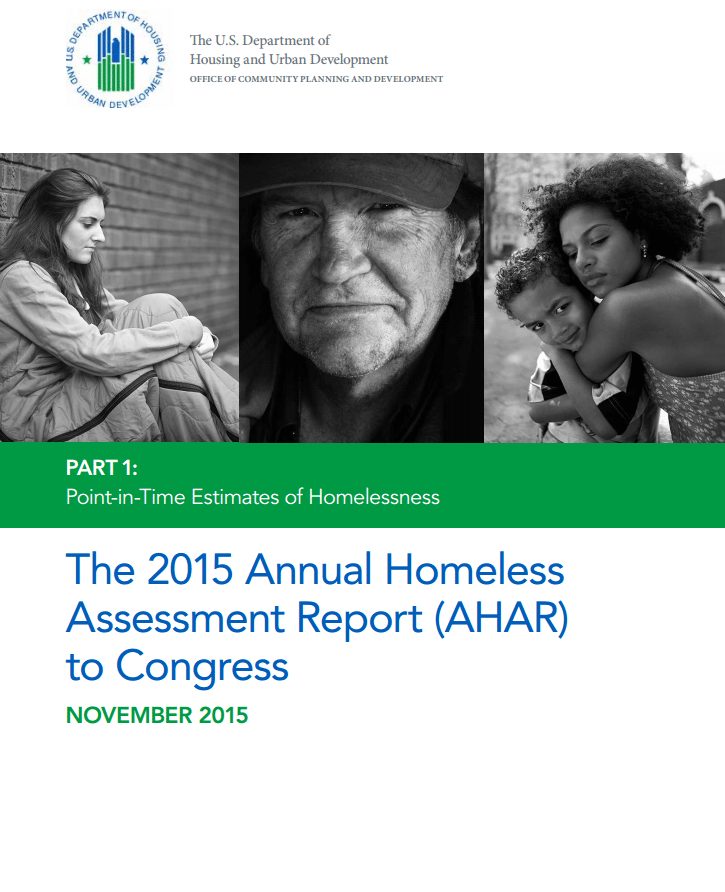 HUD puts out an annual report on homelessness that does a great job of capturing the homeless epidemic in America.
You can check out the entire report here:
The 2015 Annual Homeless Assessment Report (AHAR) to Congress
But here are some of the bigger points:
In January 2015, 564,708 people were homeless on a given night. Most (69 percent) were staying in residential programs for homeless people, and 31 percent were found in unsheltered locations.